When the Allies approaching from the south had their first view of Monte Cassino and the terrain they were meant to capture - an exposed valley crisscrossed by rivers and  surrounded by mountains in which all the high ground was held by the Germans - their verbal reaction led to the vantage point being nicknamed "Shit Corner".  It would take four assaults over five months in 1944 to drive the Germans back, at a cost of 55,000 Allied casualties.

Oh bury me at Cassino
My duty to England is done
And when you get back to Blighty
And you are drinking your whisky and rum
Remember the old Indian soldier
When the war that he fought has been won!

Ironic, since for many decades the Indian part in the campaign was completely forgotten and, although this is now changing in Britain, it still seemed to be the case in Italy. The point was brought home to me by the fact that the first guide we had there seemed completely unaware of the part the Indians had played, despite the fact that over 50,000 Indian soldiers took part in the Italian campaign.

We visited the British cemetery at Monte Cassino so the soldiers could pay their respects to their fallen comrades. The north-east corner of the British cemetery, closest to the monastery, is for Indians, but as Hindu and Sikh remains are cremated rather than buried, most of the Indian names are on the twelve standing stones in the centre of the cemetery. Of the twenty-four sides, seven are filled with Indian and Nepalese names.

In the cemetery I saw the deep respect and solemnity with which the soldiers approached the graves. They had each been issued with a cross and a name and asked to find the relevant grave to place their cross on. I was given one too and wandered off to the Indian part of the cemetery, but before I got there I found a separate line of stones of mixed nationalities. One of them caught my eye -
"808099 - Sweeper
LACCHU
Royal Indian Army Service Corps
13th February 1944 - Age 18".
Lacchu would have been an 'Untouchable', as they were known in those days. He would have been responsible for digging latrines, cleaning and other tasks that were considered below the dignity of other castes. He would almost certainly have been illiterate and would probably never have received a letter as his family would have been unable to write, or to afford a scribe. It is unlikely that anyone has ever visited his grave. Lacchu's stone reminded me of the thousands of labourers and camp followers of all nationalities who were killed alongside the soldiers, but whose service remains unacknowledged and whose names appear on no war memorials.

Over the next three days we visited the sites of all the major engagements, while Frank de Planta talked us through the planning and execution of the battles. Again and again we heard about the horrific conditions in which these men lived and fought, and how faulty planning, egos and political manoeuvring had cost the lives of thousands of men. Frank's contempt and indignation were particularly directed at Mark Clark, the commander of American forces in Italy. He gave a balanced view of the whole campaign, highlighting the parts played by all nationalities, including the Indians, especially the 4th Indian Division, who lost over 3000 men, and on the second evening he kindly took me down to the river so he could show me where the 3/8 Punjabis crossed the River Rapido.

I had sat with 'E' Squadron at dinner most nights, including on our final night when Frank held a quiz to check how much we remembered. Over lunch that day I noticed again what one of them had told me over dinner - that in every company there are certain roles. There is always "the clown" or "joker", "the one who takes care of everyone", "the quiet one", and so on.

When it was time to make our way back to our coach (the sergeant had issued a stern warning about not being late and the consequences of missing the coach and flight) we got to the Metro station just in time to see the gates close and four police cars pull up outside. There had been some sort of incident on the Metro. Immediately the soldiers went into a huddle, assessed the risks, debated the options, and decided on a strategy to deal with the situation. We were back at the coach on time. Observing them over the day, I realised that they never switched off, never relaxed; even in a civilian environment, they were always watchful, always on the alert.

I have never felt safer than I did with them that day. It was a good feeling, and I imagine one that few civilians experience. I could see how ex-soldiers might miss it, but I also wondered how much wear and tear it produces on the nerves never to be able to relax. I realise now how lucky I was to have stumbled upon Sue Hughes' blog and, through her, found Frank and his tour. I learnt more about soldiers from being with that group than I could possibly have done from any amount of reading or online research.

So a big thank you to Frank de Planta of cassinobattlefields. co.uk and the soldiers of the Scottish and North Irish Yeomanry for allowing me to join them on this tour. I am hoping to join Frank again in April for a tour of the Gothic Line, this time focussed on the 4th Indian Division.

Here's a video clip giving a view of the battle terrain with Frank addressing the group:

Finally, I am deeply grateful to funding from The Society of Authors which has allowed me to undertake both these trips. Apart from representing and fighting for authors' rights, they will also read and advise on publishing contracts you may be offered, all included in the annual membership fee. It's good to know that someone has writers' backs too. 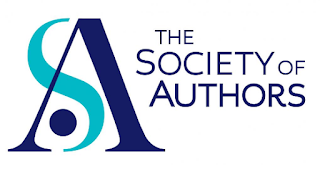