After Delhi, we flew to Lucknow before travelling on to Nanpara, the village where my father was born and grew up, near the border with Nepal. Lucknow is the capital of Uttar Pradesh and was the centre of Muslim culture in India – a city full of exquisite Mughal architecture, where Urdu poetry, music and dance flourished, a place where the communities were so integrated that Hindus often bore Muslim names, my grandfather being a case in point. A Hindu of the Kayastha caste, from which ministers, administrators, civil servants and court clerks traditionally were recruited, he was given the name Iqbal, a Muslim name meaning “fortunate”, while his brother was called Kanaiyalal, after Lord Krishna.

Kayashthas worship pen and ink and perform an annual pooja (worship ceremony) to them. My grandfather joined the postal service and rose to become Postmaster of Nanpara, and was given the honorific title “Bahadur”, often given to officers in British service. He became a prominent man in his village.

Dad’s mother was Nepalese and died of puerperal fever, along with his baby sister, shortly after giving birth. Dad was still a baby himself. When I interviewed him about his life in his ‘80s I asked him what her name was. He said he didn’t know. Apparently he never thought to ask. His father remarried a couple of years later.


Dad was an only child, but he had a cousin-sister Priya, two years older than him, of whom he was very fond. One night, when he was seven and she was nine, they were sleeping outside under the chajja – an overhanging cement canopy – when it collapsed killing her outright. Dad was saved by two beams that crossed over his bed. He still became emotional talking about it more than seventy years later and this was unusual because he was a man who rarely showed his feelings. He had suffered a lot of loss in his young life and was always a loner, spending more time with his maths master than with friends, though he once showed me a scar in his head which had been caused by a friend who had accidentally struck him with an axe while they were foraging for firewood in the forest. Dad was bending over holding a log for his friend to chop. The friend was frightened and ran home without telling anyone and it was hours before Dad was found. There was no hospital in the village and he said they had plastered his head with a poultice of “some local remedy, like hay and cow dung”. I’m still not sure if he was joking.

After school Dad went to the University of Lucknow, where he joined the University Training Corps. The Scottish NCO who ran it took a shine to him and encouraged him to sit the exams to join the armed forces.  Indians had started been accepted as officers in the Royal Indian Navy in 1934, and they took just one a year, and only as engineer officers, probably because it meant they would never command a ship.  Dad took second place in the national exam and had a choice of all three services. He took the navy place because he liked the uniform and he wanted to travel, and naval officers were trained in Britain, while army officers went to Dehradun.

Joining the military was not something people of Dad’s caste did then. Crossing the ocean – the kala pani, or black water, as it’s known in India – meant losing his caste, and when he returned to India after the war he had to perform a pooja with the village elders as a kind of penance to restore it. His father had chosen a bride for him, but he married my mother, an Englishwoman whom he had met in Britain at the end of the war, so we, his children, became outcastes.

Dad arrived in Britain in 1938, and trained at Portsmouth Dockyard and Royal Naval Engineering College, at Keyham, Plymouth. He remained in Britain throughout the war, and after getting five firsts at Keyham was the first Indian to attend Greenwich Naval College. He also served on the Arctic Convoys, which carried food and supplies to Russia, then our allies. He was in one of the ships, The HMS Jamaica, which was involved in the Battle of the North Cape, when the pride of the German navy, the battleship Scharnhorst, was sunk.

In the Cold War years that followed, the British government decided not to award medals to those who had helped Russia, or to allow them to accept medals offered by the Russian government. After years of campaigns by veterans and their families, they relented and issued the Arctic Star medal. By then my father was in the Asvini Hospital, the military hospital in Mumbai where my brother Indra and I were born. Delivering the medal to Dad, seventy years after the event, to the astonishment of doctors who happened to be doing their rounds, bought him some much-needed attention. And in May 2015, three years after his death, we were finally invited by the Russian Embassy to a ceremony in Hastings where he was posthumously awarded the Ushakov Medal for his service to Russia. And although the Russian award list states that the medals were awarded to “Citizens of Britain”, Dad was never a British citizen.


Nanpara is just 25 miles from the Nepalese border, and my father’s ancestral home, originally on the edge of the village opposite a Shiva Temple, was a traditional house enclosed in a large walled courtyard with an open air kitchen, a well, and a large vegetable garden in which my grandfather spent many hours wearing his dhoti and my father’s naval issue solar topee. The compound was divided into different units as it was joint family property shared by both the brothers’ families, but grandfather had the largest part.

There’s a story about the way the land was acquired. My great-grandfather was Chief of Police to the Rajah of Nanpara, and it was rumoured that the land was given to him as reward for helping to conceal from his British superiors that the Rajah had walled up alive his favourite dancing girl for running off with one of his stewards. My father said the rumour was rife when he was a child and he once asked his grandfather if it were true, but his grandfather denied it. But then, as Mandy Rice Davies put it, “Well, he would, wouldn’t he?”

When I visited my grandparents’ house as a child, there was no electricity or running water and the toilets were open air cement channels in which three people could squat companionably side by side. A bucket of ash stood nearby to be sprinkled over the ‘kaka’, which was scooped out with shovels through holes in the courtyard wall by the Dalits, or “Untouchables”, as they were known then. Showers were taken by the well, under the mango tree, and I enjoyed pulling up the buckets and washing our clothes there too, much to my grandmother’s astonishment.

By the time I returned there in my late twenties, there was flickering  electricity and some noisy ceiling fans, and running water but no drains, which resulted in the town becoming ankle deep in sewage in the monsoon. The cow was gone, but there was still my grandmother's strong ginger-infused morning tea, which was the best thing to wake up to, followed by supple chapattis tasting of butter and ash, and crisp lightly cooked vegetables from the garden. She would send me off to fetch a chilli or lemon or onion, which entailed a hunt through the house as for some reason she placed them randomly on windowsills in different rooms. My grandfather had a hookah, which he and my father would smoke together. When they had finished, my grandmother would go off into a corner and squat there with her sari pulled right over her head and puffs of smoke emerging from under it, as though she was on fire. She was a countrywoman, uneducated and illiterate, and spoke a rough local dialect, whereas my grandfather spoke Hindi, Urdu and Persian, and read Sanskrit, but they seemed to live in harmony.  She had no children of her own and seemed genuinely fond of Dad, but he never felt close to her. When we talked about his life when he was in his eighties and I asked him how he felt about her he said, “Well... neutral really.”

After Independence, his career took off. He was promoted rapidly and could only visit his parents once a year. As they got older, my grandfather, who was governor of a school, began to take in the sons of farmers and to pay for their education in return for their help around the house and garden.  The last of these boys, Shobha, was with them for years, living with them into adulthood. He became like a son to them and when my grandmother was too old to cope his mother came to live with them and look after them. With my father’s agreement my grandfather left Shobha the house. It was his family that India, my daughter, and I were going to visit. It would be the first time she would see the house where her grandfather was born.

Before we arrived, Shobha’s son, Shishir, reminded me of the time that my father and I took ten year old Shobha to the Dudhwa Tiger Reserve. We’d arrived by train at the station after a long journey, and used the wind up telephone to ring the reserve to send a jeep to collect us. We rang and rang but there was no reply. Eventually the stationmaster suggested we ride in the steam engine through the forest and the train driver could drop us off near the Reserve.

As we walked through the forest, I said to my father, “What if a tiger comes along?” He laughed. “Don’t be stupid. It’s rare to see a tiger and, anyway, it would be more afraid of us than we are of it.” When we arrived at the Reserve, it was apparent from the general gadbad (disarray) that something had happened. A guard came rushing out to meet us and demanded: “What are you doing walking through the forest? Don’t you know there’s a man-eater out there?”

It turned out that the night before one of the guards had gone to do his business in the forest (apparently there were no toilets in their quarters) and while crouching had been mistaken for an animal by the tiger, which carried him off. The guards had been looking for him all morning and had eventually found his lota (washing pot) on the other side of the ditch that separated the quarters from the forest. That morning the postman, cycling to the Reserve, had been charged by a tiger and knocked off his bicycle. Fortunately the tiger attacked the bicycle and the postman was able to climb a tree. The guards seemed angrier with their unfortunate colleague than with the tiger. “God knows why he crossed the ditch,” the guard said. “Stupid bastard! Now we’ll have to kill that tiger, because once they’ve tasted human blood they get a taste for it.”

The next morning we went out on elephant back, sticking to the path, and were lucky enough to see, not one, but two tigers. One was walking through the long grass, almost perfectly camouflaged. The other was lying by the side of the track. He allowed us to approach within ten feet of him before lazily getting to his feet and ambling away. Clearly not so afraid of humans then. 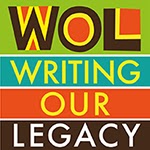